Is it the sky I seize when my hand reaches out to touch the storm of rain? Or do the heavens remain behind the veil, rainbowed and unclouded, waiting for the thunderings of the gods to echo into quietude as they follow the flashes of light to the edge of the horizon?

Everything around me is covered with drops of liquid light.

Gaia, drunk with the season’s retreat, builds an improvised framework out of the movements of the moon.

I look for the line
between now and again, where
flower becomes seed–

All is stillness, dense, restless–
leaves shiver, rattled by wind.

A haibun for my August grid, using the prompt words clear and nature from Colleen’s #TankaTuesday.  Last night’s thunderstorm seemed to be straddling seasons.  Two of Jane Dougherty’s recent poems, “Damp Morning” and “Stories” are similar in feeling. 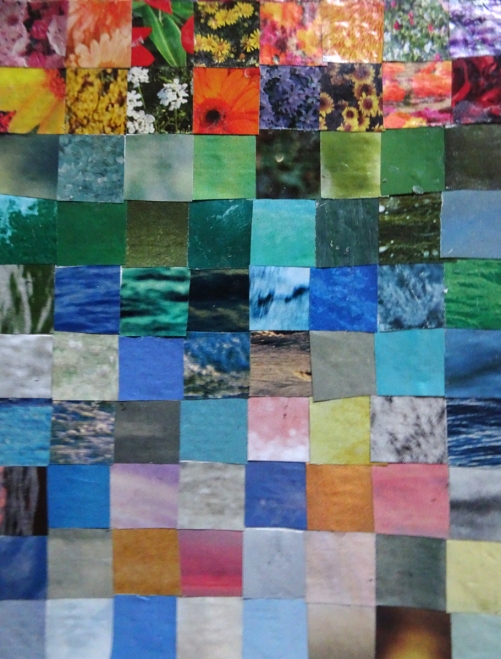 The grid and poem started out in the same general area but were revised in different directions I think.  Well, my drawing teachers always emphasized the importance of contrast in art–what isn’t there being as necessary as what is.  It’s up to the reader/watcher to fill in the blanks with what they need.