how is survival?
is it away beyond?–
a lost sense of arrival,
neither here nor gone–

is it away beyond,
tethered unto itself?–
neither here nor gone,
undefined, unfelt,

tethered unto itself,
like stars fading at dawn–
undefined, unfelt,
a whispered shadow song

like stars fading at dawn–
a journey, a myth,
a whispered shadow song
of silence and death–

A journey, a myth,
a lost sense of arrival
in silence and death–
how is survival?

A pantoum for NaPoWriMo, where we consider rhymes, and Jane Dougherty’s Pictures and Poetry Challenge where she posted the Turner painting, above, and some words from the Francis Ledwidge poem The Dead Kings as inspiration.

My painting was inspired by the Turner painting, and Ron Sexsmith provides the musical coda.

in dreams I
seek self-containment,
a small room–
just enough
space to be myself, keep fear
on the other side

For NaPoWriMo day 2, and linking to dVerse OLN, hosted by Grace.

Collage inspired, once again, by Matisse. 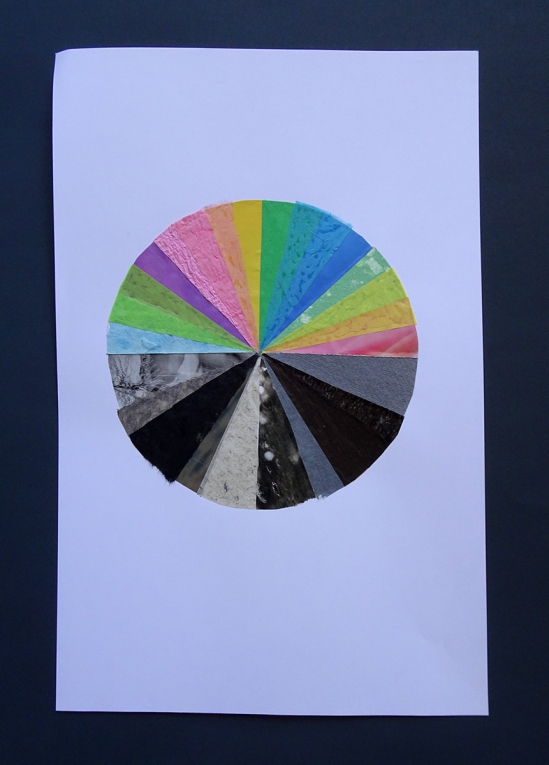 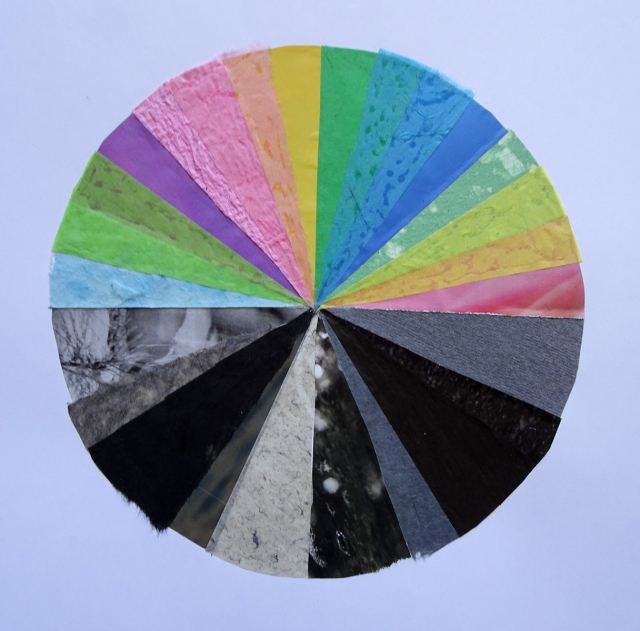 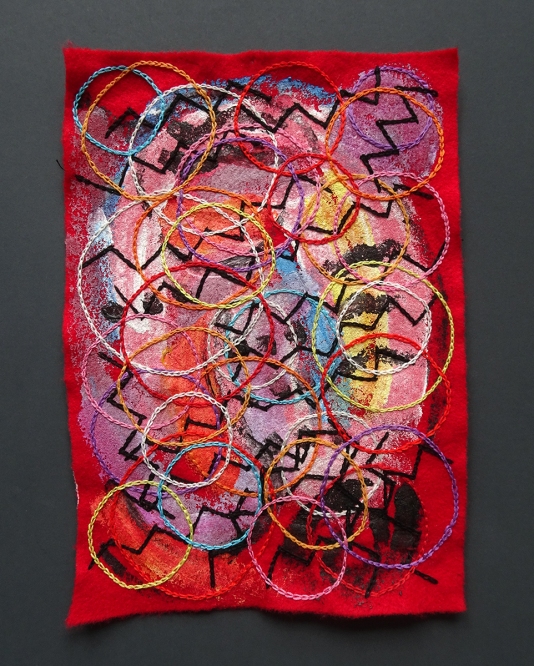 My first bike was a childhood gift, way too big for me, that my father lovingly assembled one Christmas Eve so it would be waiting by the tree the next morning.  No speeds, pedal brakes.  As I grew into them I turned the wheels faster and faster until I left them behind.

It took a few years before I began pedaling my way around the city, this time with 5 speeds and hand brakes.  My legs moved the wheels around and around once again, through the park, dodging traffic during transit strikes, climbing flights of stairs as the wheels bumped my body to my apartment door.

Finally I had an elevator!  And then a baby.  No space for cycles that were not attached to a carriage, a stroller, then tri and then bi accompanied by training wheels.  My legs walked beside them, watching my children turn them around and around until they too were flying on their own, faster and faster away from my slowing path.

Now all those wheels live only in remembered rotations.

These days my legs spin in a pattern that repeats itself, over and over, in the same location.  The world outside my window does the passing by.

circles
pivoting around
the still point

The NaPoWriMo prompt for day 1 is “write a self-portrait poem in which you make a specific action a metaphor for your life”.  For all our lives these days…

As I did two years ago for NaPoWriMo, I’ve been working on art to use in April for a number of months, this time inspired by the work of Matisse and Richard Diebenkorn.  The circles come via Matisse. 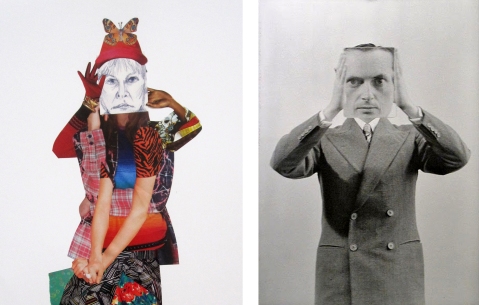 I started with a question, as I so often do:  what kind of alive am I?  A black and white head resting on a mélange of pattern and color—my mask, the face I offered to the world, was meant to be unnoticed.  Fade to grey, merge with the background, don’t draw attention, don’t stand out.  Could I change?

Alas, my clothing choices have remained much the same since I questioned them in 2016.  Black, black and more black.  A brightly colored scarf, perhaps.  I still wish to remain unperceived as I make my way through the world.  But now I wonder:  is alive only visible on the surface of things?  Or can we gift the world with rainbows from the inside out? 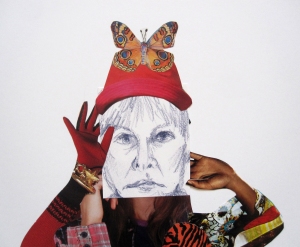 For Kim’s dVerse prompt:  Snapshots of our Lives.  You can see the original post with the complete self-portrait collage, as well as the Delmore Schwartz poem that inspired my original poem, here.

After not venturing outside at all for weeks, I finally worked up the courage to take the elevator down to the basement and exit the back door, crossing the street to the park.  My apartment windows face Broadway and the view this weekend was especially chilly and grey.

I figured the bitter wind and drizzle, plus the early hour, would keep the walkway fairly empty, and I was right.  A few joggers, some dog walkers, a man with a shopping cart.

I could hear robins, and then two appeared on the path right in front of me.  I was in a different time and space.  The world had been returned to me in color, at least for half an hour on a Sunday morning.

that picture in your mind–
where does it go?
inside the mirror

the memory projects
the future looking at the past–
that picture in your mind,

that dislocation of now,
that reversal of an ending–
where does it go?

who will reap
what was shown
inside the mirror?

For Jane Dougherty’s Words and Pictures poetry challenge, above, a painting entitled Moscow Metro by Michael E. Arth.  She suggested a cascade poem.

As my collage box is fairly bare in my new location, I had no children to incorporate into my collage.  I improvised with a Michelangelo sculpture from a reference book I bought at a library book sale, and cut outs from the New York Times, which comes to my door, if irregularly, these days.

Still enamored with shadows, I photographed it first with my plant shadows on top.