surrounded and asunder, astonishment
becomes tinged with enigmatic clarity–
holding particles of stars as if enshrined,
reflecting the absent sky–

the fulcrum rests inside the echo
of what endures, arising
from an aqueous womb
shimmering with intangibles–

the circle continues, horizonless,
quivering in confluence–
who can refuse the voices of the sea?–
an ancient web woven with stories–

I’ve been futzing around with this all week, inspired by the Kick-About prompt, Eugen von Ransonnet-Villez, and the earthweal challenge natural forces. The painting above, my first attempt, probably has 20 painted layers. Watercolor looks very different wet, and each time it dried I was dissatisfied with the result.

Eugen von Ransonnet-Villez was an Austrian artist who designed a diving bell, below, so he could paint the landscape that existed under the sea. This was in the 1860s–both crazy and fantastic. His paintings have an eerie green magic, which was what I was trying to capture.

Because what is the sea but the most elemental of magic?

Like Ransonnet-Villez, I wished to immerse myself inside of it. Being at the moment concrete-bound, I could only try to conjure it with words and paint. 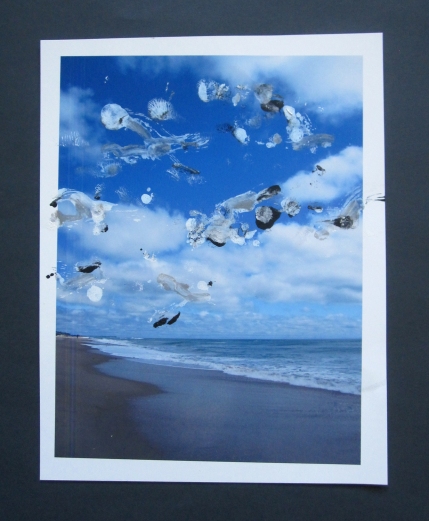 I stand facing the ocean
tides of wing and air–
time fades into mystery,
emptied of illusions 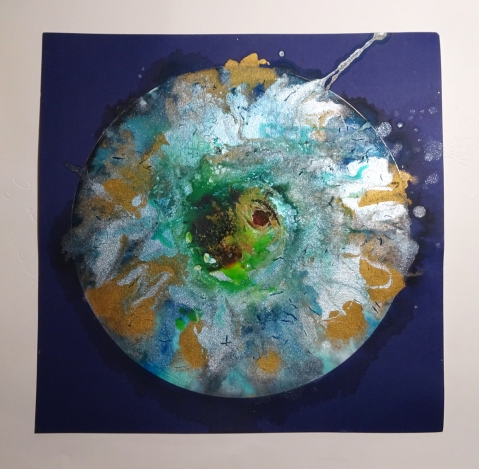 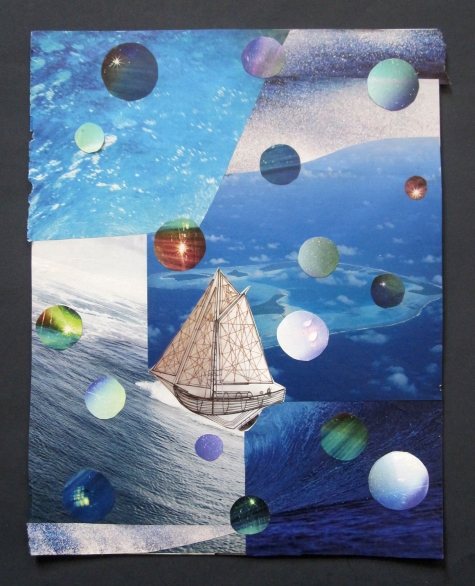 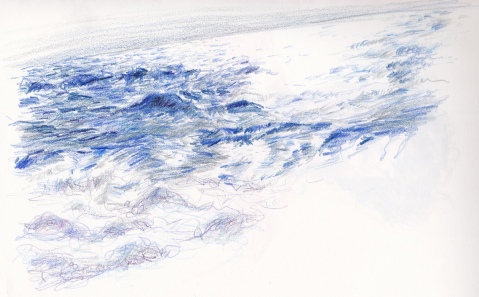 For earthweal, sacred (sea)scapes.  How many poems have I written about the sea?  As many as I have about birds and stars and moons.  This unrhymed pantoum contains lines from many of them.  The artwork is from my many previous ocean-themed posts as well.

Sails
fly free,
altered by
what can’t be seen,
by the movements of
the horizon—turning
with the curves formed by shimmered
light—pursuing omens carried
on the wind by the wings of sea drift,
currents that keep changing their mind
like the clouds that decorate
the sky–tides scattering
the waves like fortunes
to be gathered
and harnessed,
blind, to
stars.

A reversed and mirrored nonet for Colleen’s #tanka Tuesday words, influence and perception.

The art is a monoprint.