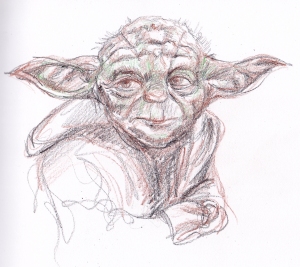 Some call it
silly, the do or
do not, the
childmind—some
can’t name the fears that lead them
into the darkness— 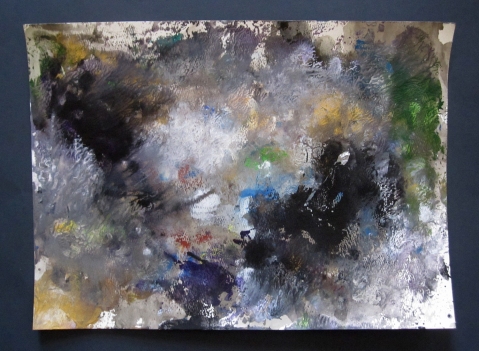 Last fall a local non-profit arts organization showed all the “Star Wars” movies, in time sequence, once a week leading up to the release of the “last” episode in December.  My younger daughter, a huge fan, convinced me to go with her–every week.  Corny and unsophisticated, that first movie was–the only one I had seen multiple times, or in one case, at all–but there was something that grew on and pulled at me as the special effects grew more elaborate and the characters aged and became more intensely themselves.

There is a thin line between who we think we are and what life calls on us to be.  And yet again and again many find a way to rise to the occasion.

My quadrille, for the dVerse word silly, hosted by Lillian, is composed of the thoughts of Yoda.